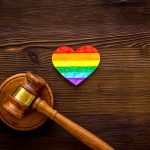 New York became the sixth state in the country to legally recognize same-sex marriages with the 2011 Marriage Equality Act. It was not until four years later that the United States Supreme Court made same-sex marriages legal throughout the entire country. Same-sex couples still have to resolve the same issues as heterosexual couples, but… Read More »