Joint Custody: The Advantages And Drawbacks 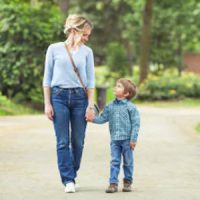 In many child custody cases, Divorce or Family Court Judges in New York will encourage joint residential and/or legal custody. The presumption is that it is in the child’s best interests to spend an approximately equal amount of time with both parents. Just as with anything else though, joint custody has both its advantages, and its drawbacks. Our Suffolk County child custody lawyer explains what these are below.

The advantages of joint custody are fairly obvious, which is why the family courts in Suffolk County try to award it when possible. The most common benefits of this arrangement are as follows:

For some parents, the main drawback of joint residential custody is that they will have to forfeit time that they could spend with their child. There are other drawbacks that sometimes result in joint custody not working, though. These include:

At the Law Office of Joshua Adam Kittenplan, P.C., our Suffolk County child custody lawyer has the necessary expertise to help you resolve your disputes. Call us today at 631-499-0606 or contact us online to schedule a free consultation.