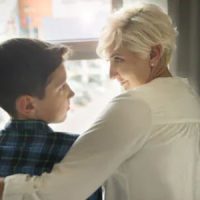 Child custody issues always increase the potential for conflict in any divorce case that involves children. Each parent typically wants to spend as much time as possible with their child, and no one wants to face the possibility of seeing their children less. The Courts in New York will only consider the best interests of the child, even if those conflict with the preferences of either parent. There are 14 factors in total considered when a court is determining what is in the best interests of the child. Below, our Commack child custody lawyer explains what some of these are.

Stability of the Child’s Environment

Courts will sometimes grant the primary caregiver residential custody if they have spent more time raising the child than the other parent. For example, if you stayed home to take care of the children and maintain the household prior to the separation or divorce, the court may award you custody over your spouse.

Issues with Either Parent

When either parent has a history of substance abuse or domestic violence, for example, the court will view this behavior as conflicting with the child’s best interests. In these cases, the court will award the other parent child custody.

Physical and Mental Health of the Parents

Parents must be physically and mentally fit to raise children. If the health of either parent is failing to the extent that the courts believe it will interfere with the child’s best interests, they will likely award custody to the healthier parent.

Preference of the Child

It is a common misconception that children can choose which parent they want to live with during custody proceedings. The court may take a child’s preference into consideration if they are of a certain age and maturity. Generally speaking, the closer a child is to the age of 18 and the more mature a child is, the more weight the court will give their preference.

Our Child Custody Lawyer in Commack Can Advise on Your Case

If you are going through a child custody battle, our Commack child custody lawyer at the Law Office of Joshua Adam Kittenplan, P.C. can help you fight to protect your parental rights. Call us now at 631-499-0606 or connect with us online to schedule a free consultation and to learn more about your legal options.

By Joshua Kittenplan | Posted on August 26, 2022
« Who Can Obtain An Order Of Protection In Commack?
How Long Does A Divorce Take In Commack? »