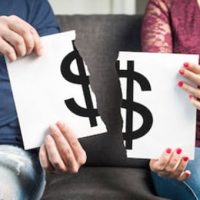 There are many factors that determine whether someone will obtain spousal support during or after a divorce, and the amount of those payments. One of the factors that impacts how these decisions are made are the federal and state tax laws. People who pay spousal support often want to know if they can deduct it from their taxes, while recipients often wonder if they have to declare it as income. The matter can quickly become quite complex. Below, our Long Island spousal support attorney explains what the law says about the issue.

In 2017, lawmakers in the United States drastically overhauled the tax law. The changes no longer allow people who pay support to deduct it from their federal income taxes. Likewise, recipients no longer have to pay taxes on spousal support. The change had a dramatic impact on families across the country. Prior to the modification of the law, recipients could often obtain more support by arguing that it would allow the payer to deduct more on their tax return. Today, that bargaining chip no longer applies.

The law in New York did not change when the federal law did. Today, people who pay spousal support can deduct it from their state taxes, while recipients must claim it as income.

Who Does the New Federal Spousal Support Affect?

Due to the fact that federal law affects everyone in the country, it is easy to assume that the change in the law impacts everyone who is getting a divorce, or has gotten a divorce. However, this is not true.

Spousal support is an issue that can easily become extremely complicated. At the Law Office of Joshua Adam Kittenplan, P.C., our Long Island spousal support lawyer can explain the laws and how they impact your case so you can make informed decisions moving forward. Call us now at 631-499-0606 or reach out to us online to schedule a free consultation with our experienced attorney.

By Joshua Kittenplan | Posted on January 25, 2023
« What To Do, And What Not To Do, When Preparing For Divorce
Do Children Testify In Custody Disputes? »