Are Gifts Divided During Divorce? 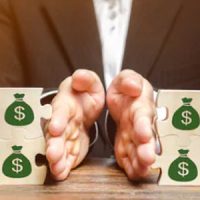 If you are going through a divorce, though, you may worry that your spouse will receive a portion of anything you receive. Fortunately, that is unlikely to happen, as the law is very clear about what happens to gifts during divorce. Below, our Long Island property division lawyer explains further.

Exceptions to the Separate Property Law on Gifts

If you are getting a divorce, our Long Island property division lawyer at the Law Office of Joshua Adam Kittenplan, P.C. can help protect the property that is most valuable to you. Call us today at 631-499-0606 or contact us online to schedule a free consultation and to learn more.

By Joshua Kittenplan | Posted on January 11, 2023
« Can You Deny Visitation If Your Ex Does Not Pay Child Support?
When Should You Modify A Child Support Order? »