How To Enforce A Child Support Order On Long Island 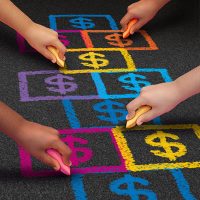 You can file a complaint with the Nassau or Suffolk County Office of Child Support Enforcement if you have not received the full payments awarded by the court. This agency can take a number of actions to enforce the child support order and they include:

At times, it is not always possible for the Nassau or Suffolk County of Child Support Enforcement. For example, maybe your former spouse quit their job in order to avoid child support payments and they do not have a tax return coming in the near future. In instances such as this, you may have to take the matter to Court. There, a Judge has a number of tools for enforcing child support. They are as follows:

If the court finds that a person intentionally did not pay child support even though they had the means to do so, they must order that person to pay for the other party’s legal fees. In very serious situations, a judge may also find the payer in contempt of court and order them a jail sentence or put them on probation.

If you are owed child support you have not received, our Long Island child support lawyer at the Law Office of Joshua Adam Kittenplan, P.C. can advise you of your legal options. Call us at 631-499-0606 or contact us online to schedule a free consultation.

By Joshua Kittenplan | Posted on December 6, 2022
« How Is Debt Divided During Divorce In Suffolk County?
Tips For Navigating The Holiday Season After Divorce »